American Black Ducks in the BWCA 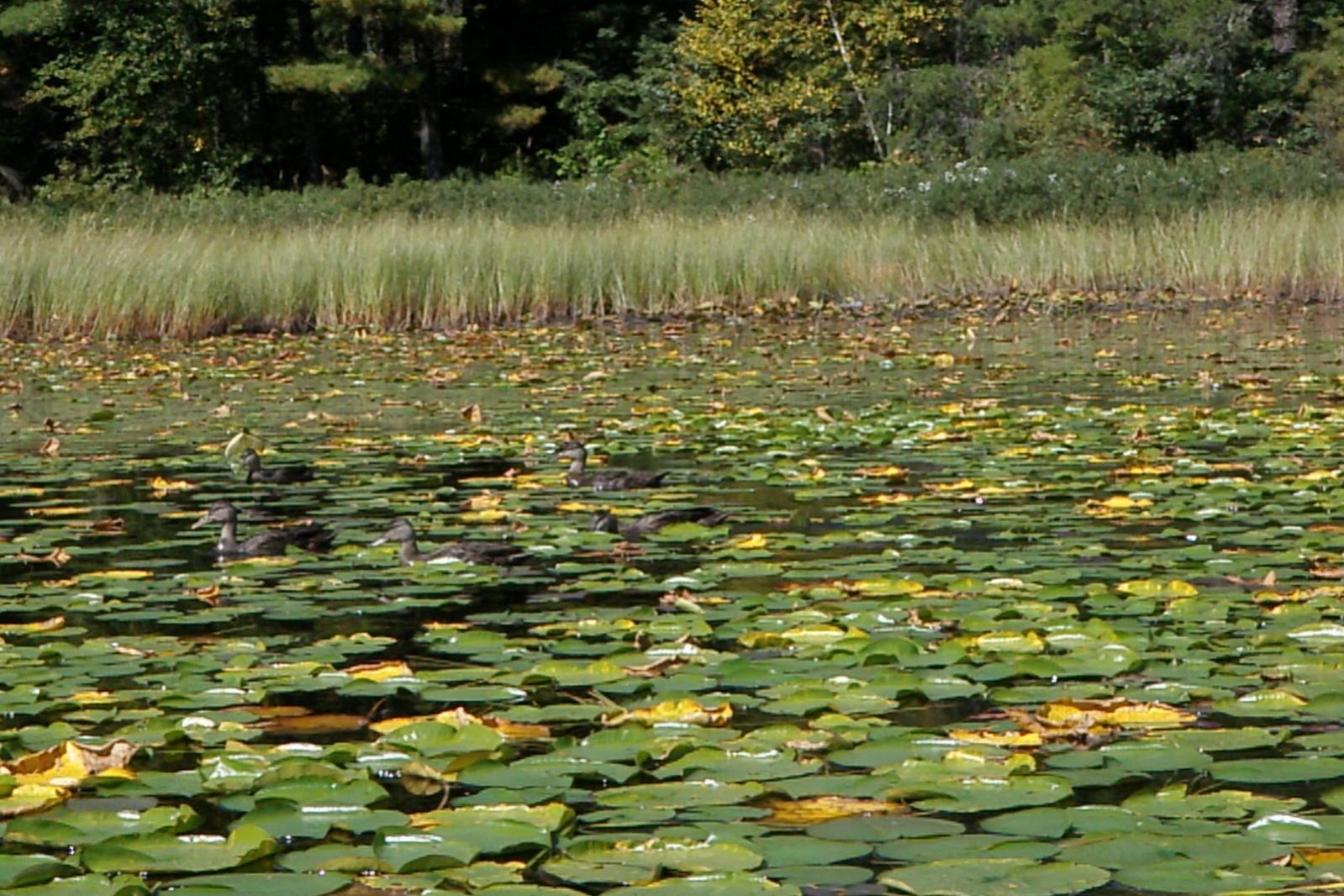 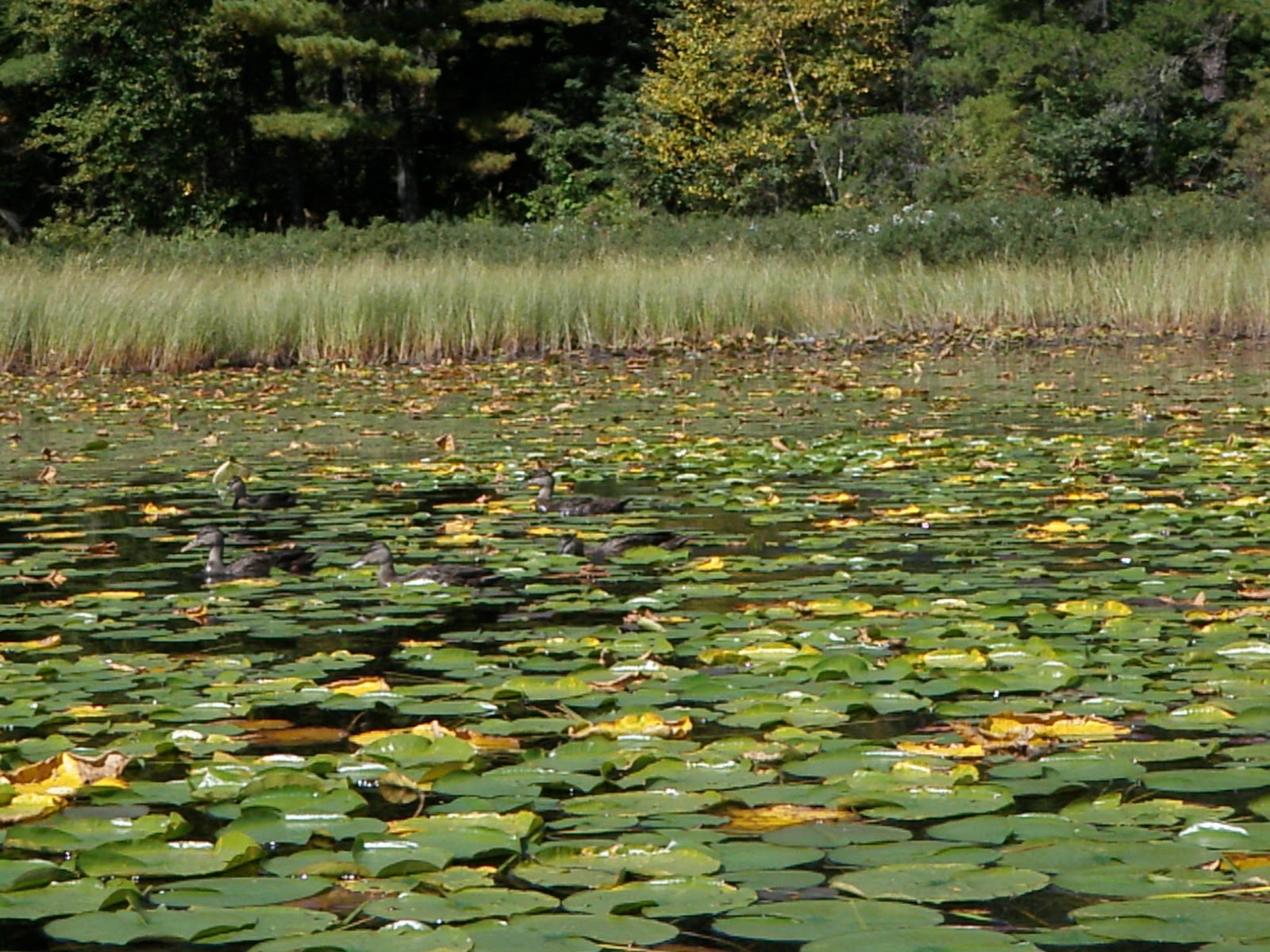 The American Black Duck is more brown than black. It was named as such because it appears black from a distance. We spied these ducks recently, camouflaging themselves surprisingly well among the lilypads, which still had a bloom or two remaining. See how many ducks you can spot in the two photos. (Click the photo to see it larger.) 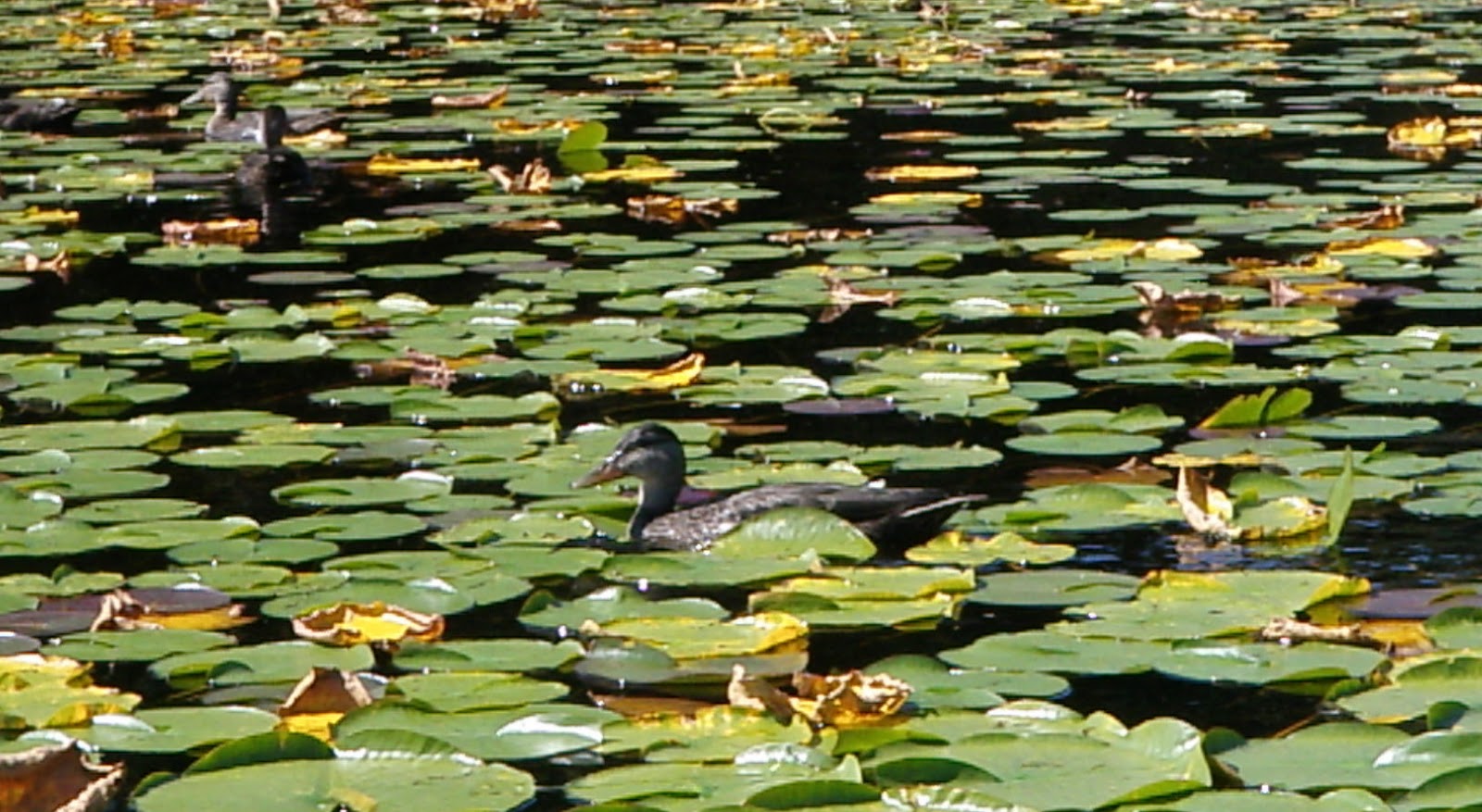 Their numbers have been declining steadily since the 1950s. Ducks.org reports that mallards’ upward-rising numbers may possibly be causing this, or possibly interbreeding and/or competition between the two closely-related species.