Bear Activity at Campsites on Disappointment Lake in the BWCA 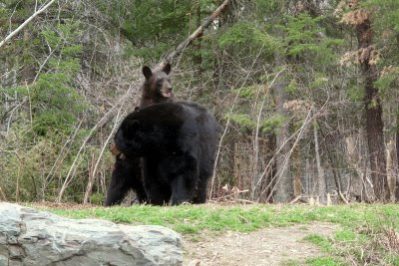 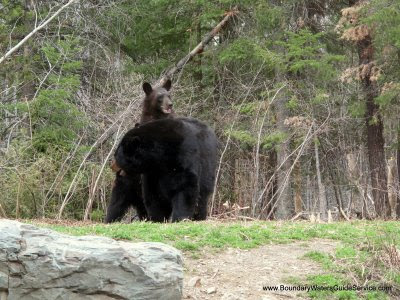 I’ve received my first report this summer of bears hanging around a campsite. There has been a mother and her cub entering campsites on the east end of Disappointment Lake. Disappointment Lake is one portage east of Snowbank Lake.

Keep a clean camp to discourage bears. If you have a bear in camp, then make loud noises (banging pots and pans and such), and throw rocks at the bear to convince it to leave.

Hopefully we will have a good upcoming berry crop that will fatten up the black bears and discourage them from looking for food at campsites.

I snapped this photo of a bear and cub at the North American Bear Center near Ely this spring.

July 19, 2009 update: There have been reports of bears in campsites on Parent Lake, which is one portage west of Disappointment Lake. It’s probably the same bear.