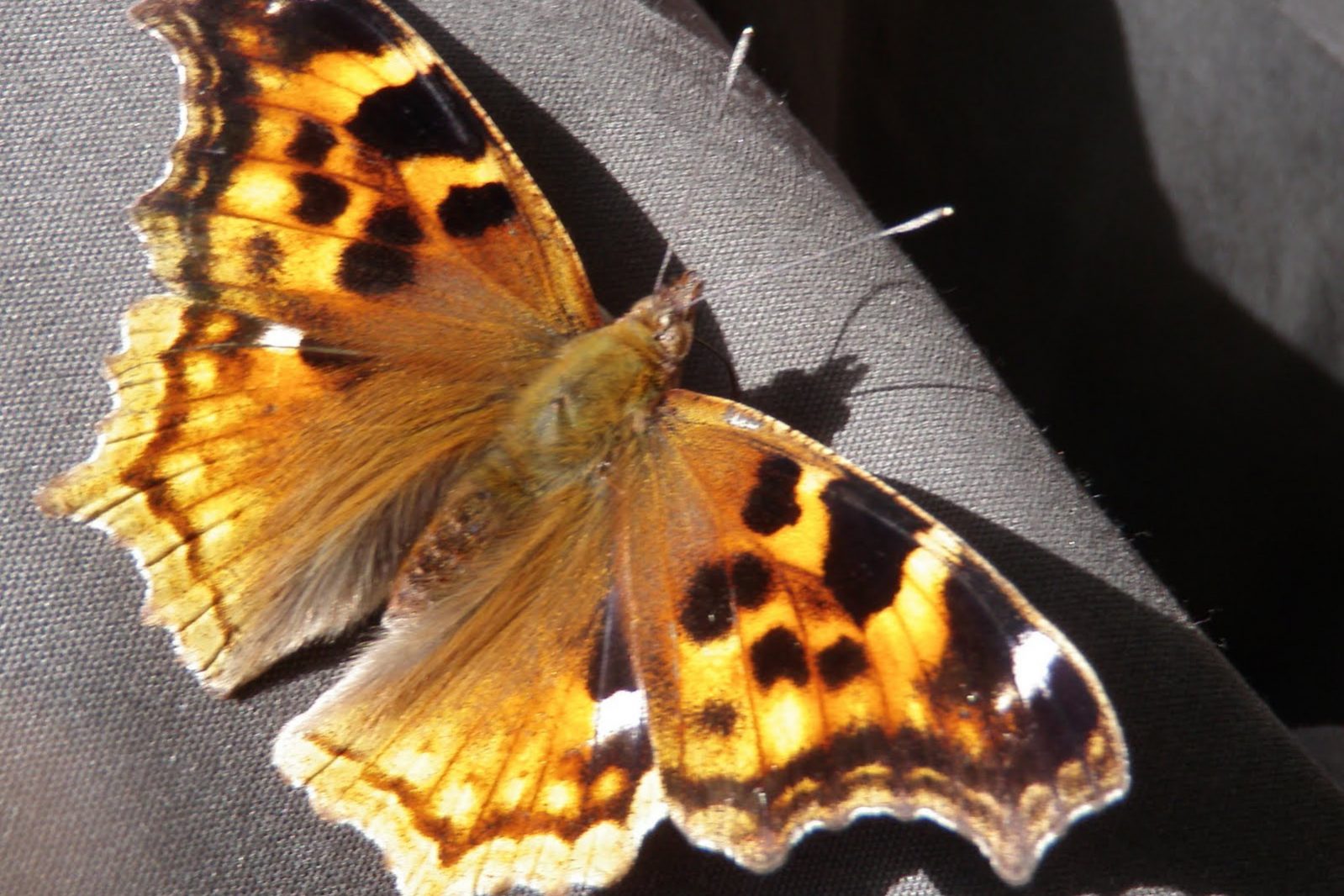 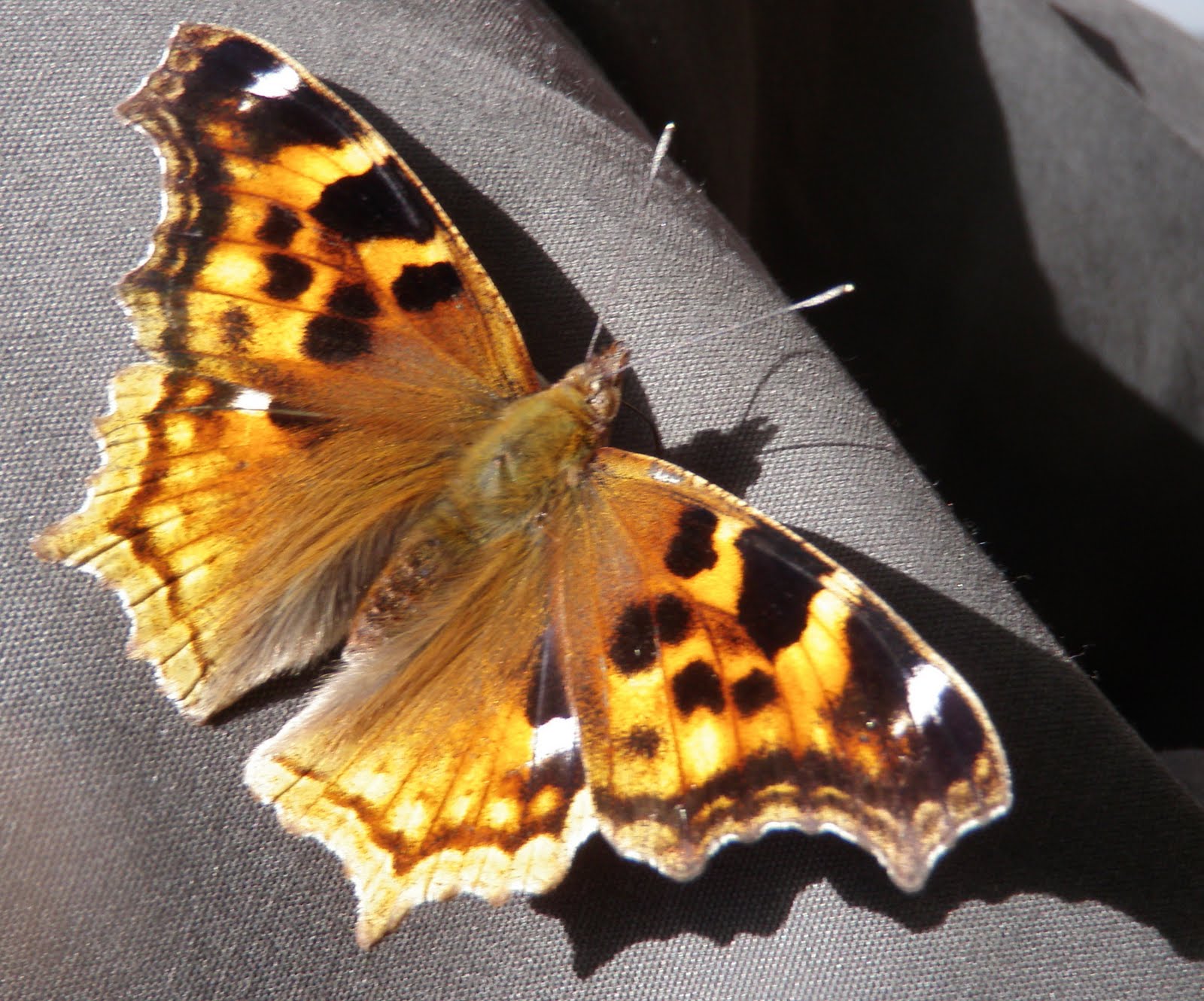 We found this pretty butterfly out in the Boundary Waters recently. It alighted on our dark-colored life jackets, shirts and pants multiple times. Perhaps it was warming itself, even with the sun already fairly high.

It is the Compton Tortoiseshell (nymphalis vaualbum), which is a species found in much of the northern half of the United States. We felt lucky to find such a beautiful specimen that was also helpfully still for a photo.

This butterfly, like most others, eats only liquids as an adult. However, unlike many other butterflies whose main source of nourishment is nectar from wildflowers, this butterfly prefers sap and rotting fruit. Fortunately, there are plenty of raspberries and blueberries this season! The adult lays her eggs in clusters, typically in hardwood forests. This particular butterfly likely started out life on one of our plentiful paper birch trees, as it emerged from its egg stage. As a caterpillar in the larva stage, it started out munching on the tasty birch leaves. After gaining enough nourishment, it then transformed itself into the pupa stage (also called chrysalis), and later emerged as this beautiful butterfly.