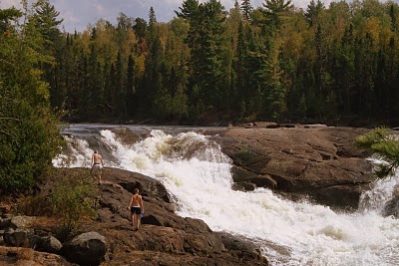 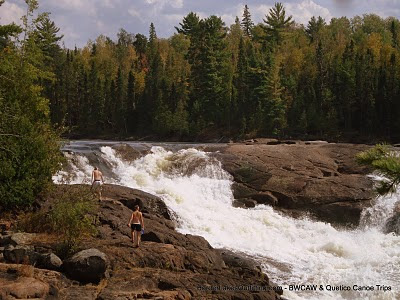 The EPA also said the project should not proceed as proposed, and that the company and the responsible government agencies (the MN Department of Natural Resources and the U.S. Army Corps of Engineers) should do remedial work to bring it up to standards. In other words, the EPA said the proposal had failed the class and should not move on to the next level.

The “Send PolyMet to Summer School” petition (sponsored by Friends of the Boundary Waters) simply calls for PolyMet and the agencies to do exactly what the EPA said they should. Rather than proceed to the usual next step in environmental review, they should do more work and give the public a chance to review it and offer feedback.

We should protect the future of clean water, such as the water flowing over Curtain Falls in the Boundary Waters in this photo.