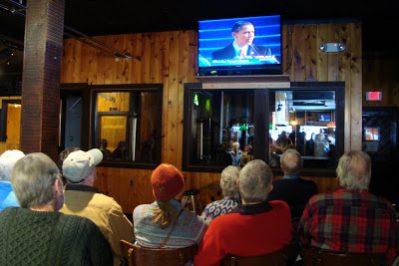 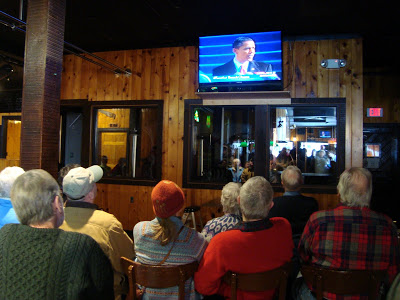 None of the Wintergreen guides have TV.

None of the Boundary Waters Guide Service guides have TV.

So where do you go when you feel compelled to be part of a historic event being broadcast on TV? The local watering hole. The nice folks at the Boathouse Brewpub in Ely opened early and put the Inauguration on their big screen TV. A crowd gathered to watch, listen, applaud, and sing along with the national anthem.

Some may think people in the North Woods are less concerned with the important issues facing the nation and world. After all, we are geographically far removed from major population centers. However, most of my Elyite friends are thoughtful, interested, worldly types. Many of them follow pressing current issues and are engaging when discussing politics.