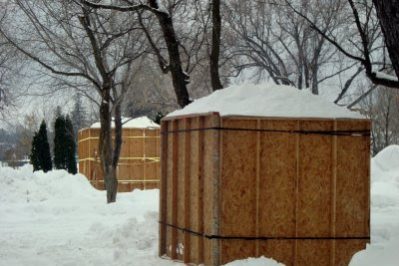 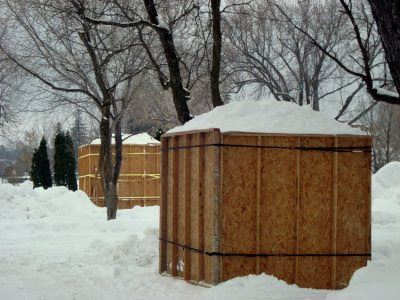 These are a couple of the massive snow-filled plywood forms sitting in Whiteside Park in Ely. Once the snow settles, the forms are removed and the resulting snow cube is the blank slate for snow carvers.

The Ely Winter Festival begins on February 6. The Festival highlight is the International Snow Carver’s Symposium. The snow carving begins on the first day of the Festival. More than a dozen of these massive snow cubes and 20 smaller cubes will be carved. See some great photos of past snow carvings here.