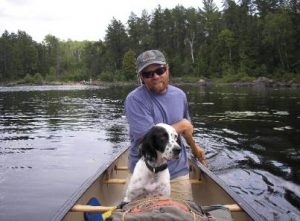 Steve grew up in the bluff country of southeastern Minnesota, a stone’s throw from the Mississippi River. He credits his parents for “wettin’ his appetite” for the outdoors early in life.

Camping and fishing trips to the north woods of Minnesota and Canada, and summer vacations to destinations such as Yellowstone and Yosemite National Parks developed his appreciation for the great outdoors. At age 13, for his confirmation present, he got a bluetick coonhound pup. 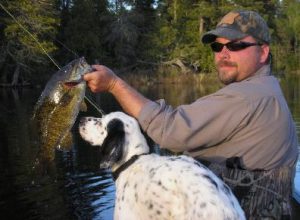 This early immersion into the outdoors led Steve to an interesting path in life filled with many rich experiences helping others be successful outdoorspeople.

These experiences fuel Steve’s passion for guiding. Just ask him:  “Seeing the joy and sense of accomplishment that the wilderness can bring to peoples’ faces, and being a part of that is like…… WOW!  There have been many, many, times when I know I have the best job in the world!” 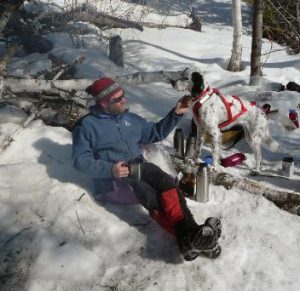 Steve is an accomplished fly fisherman and fly tier. This pursuit lead him even further north than Ely, Minnesota.  He worked as a fly fishing guide in Alaska for several years. However, he missed the Boundary Waters and now splits his time between these two wonderful destinations.  “The fishing in Alaska is awesome, but the allure of a canoe, a flyrod, and a smallmouth bass makes the BWCA a world class fishing destination in its own right.”

During the winter months Steve spends his time as a dogsledding guide at Wintergreen Dogsled Lodge. Come springtime he can usually be found along some trout stream fly fishing with his dog, Brook. In the fall, odds are pretty good you will find him chasin’ Brook around the north woods in pursuit of grouse and woodcock.