The Great Northern Radio Show is Coming to Ely for a Live Performance on Sat., June 14 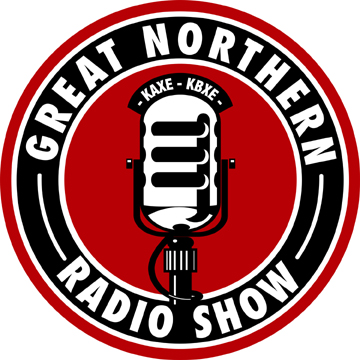 The Great Northern Radio Show is written, produced and hosted by Iron Range author Aaron Brown, of Balsam Township in Itasca County. Brown grew up near Zim and Forbes and teaches at Hibbing Community College. He founded the show in 2011 to showcase the talent, creativity and unique stories of northern Minnesota for a broader radio audience.

“You’ll recognize the format from popular variety shows like the Grand Ol’ Opry, Lawrence Welk, Wits and Prairie Home Companion” said Brown. “But we bring something different. We are a big show that brings high quality, contemporary entertainment to the mid-sized cities and small towns of northern Minnesota. These places become part of the show; every episode is a love letter, an album for the place where we broadcast.”

The “first couple” of the Iron Range music scene, Germaine Gemberling and Rich Mattson, will be among the featured performers in the June 14 Great Northern Radio Show live in Ely, Minnesota. Also in the show: The Surf Monkeys and Whirled Music, who are holding a CD Release Party in Ely after the show.

The show airs live from 5-7 p.m. on June 14th. Free tickets are available for those attending the live broadcast. You must be seated by 4:30 p.m. and reservations are recommended by calling KAXE at 800-662-5799.

Northern Community Radio is excited to bring Great Northern Radio show to the vibrant town of Ely. It will feature musicians Germaine Gemberling and Rich Mattson plus The Surf Monkeys, Whirled Muse and Nickolai Koivunen is back on keyboards. The Great Northern Radio Show players include Jason Scorich of Duluth, Sara Breeze of Bemidji, Erika Kooda of Grand Rapids, Britt Aamodt of Elk River, Lynn O’Hara of Ely, and Matt Nelson of Washington D.C. originally from Hibbing.

The 5 p.m. June 14th show will air live on 91.7 FM KAXE on the Iron Range, 103.9 FM in Ely, and on 90.5 FM KBXE in Bemidji and Bagley and 89.9 FM Brainerd. The show is also rebroadcast on independent public radio stations throughout Minnesota and distributed as a podcast at www.kaxe.org.