Wenonah – Where Canoes Are Born 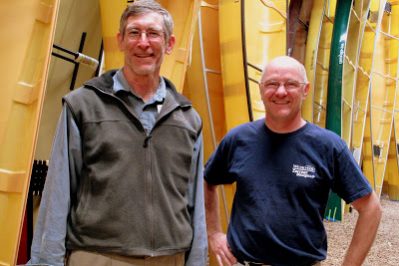 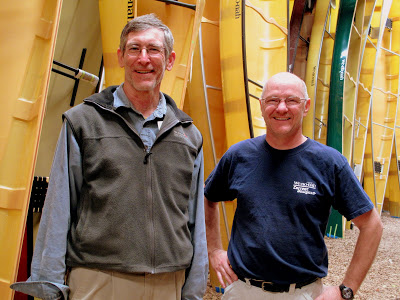 We picked up new Wenonah kevlar ultralight canoes at the Wenonah Canoe Factory in , this week. Owner Mike Cichanowski (above, left) greeted us. He grew up in , on the banks of the . He’s a paddler at heart and has inspired innovation throughout the canoe industry. His company is now the largest producer of kevlar canoes. The plant manager, Mark Amunrud (above, right), gave us a full tour of their production facility, including the composite, Royalex, and polyethylene canoe manufacturing centers. 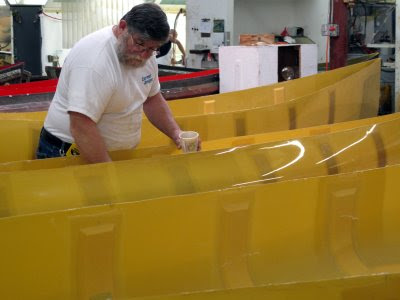 All Wenonah canoes are made in , by people who know and love the Boundary Waters like we do. Throughout the plant, pleasant employees greeted us with helpful info on the construction of their canoes.

We use ultralight Wenonah kevlar canoes because they make portaging a breeze. Most folks who’ve been there know that trading in a 65 or 70 pound aluminum canoe for a nimble 46 pound kevlar makes the difference between a backbreaker portage and a joyful walk in the woods.

Kevlar canoes are made from the same kevlar fibers as bulletproof vests. They are incredibly light and strong – though the kevlar canoes don’t stop bullets. 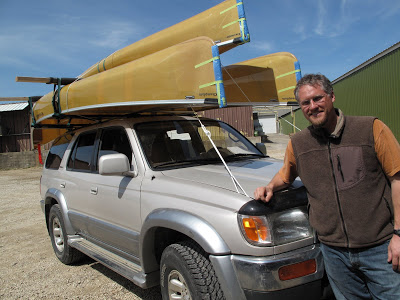 About six Wenonah Kevlar canoes are born every day. We took the above three home today.