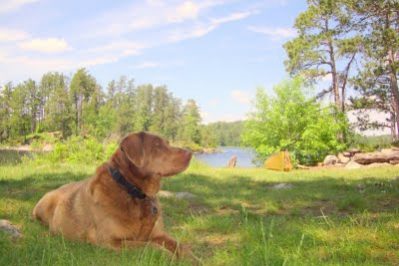 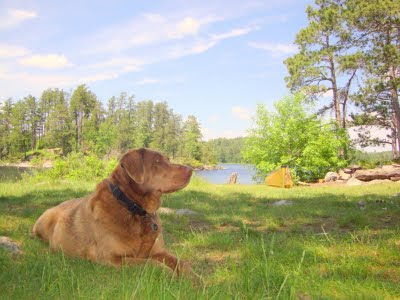 You never know what surprises you might get from the wild animals of the north. Early Monday morning out at the Girl Scout Canoe Base near Ely, two staff members awoke to the sound of the pet dog Lexee’s loud woofing.

Lexee was terribly agitated about something happening, so they followed her as she ran toward the kitchen. As they came around the corner they spied a quick glimpse of a very large black bear standing on the deck with its paws through the open window nonchalantly stealing fruit from a bowl.
Lexee, a 70-lb dog, tore toward the likely 300 pound bear. The bear fled without hesitation, and Lexee followed close behind as far as she could. No need to worry about the bears as long as Lexee the Bear Dog is close by.

Before going back to bed, Lexee did get a treat and plenty of love for staying alert and selflessly defending the unsuspecting staff from this stealthy bear!