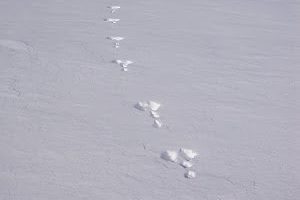 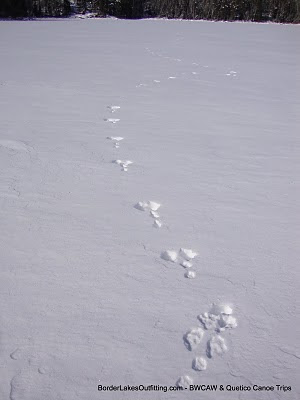 We came across these tracks on Pipestone Bay of Basswood Lake recently. My first thought was of a massively oversized rabbit. They’re obviously too large to be a Snowshoe Hare, but they have a similar repeating pattern.

I had a hunch on the tracks’ true origin, and checked with Tom Rusch at the DNR to get his thoughts on the animal that left them behind. Tom and I agreed that they look like Canadian Lynx tracks. Tom mentioned that, like Snowshoe Hares, the two big prints at the top of the “T-shaped pattern are the hind legs of the lynx, and the smaller prints are from their front paws. 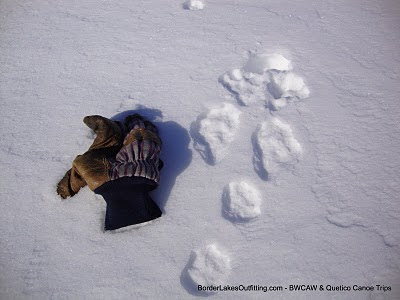