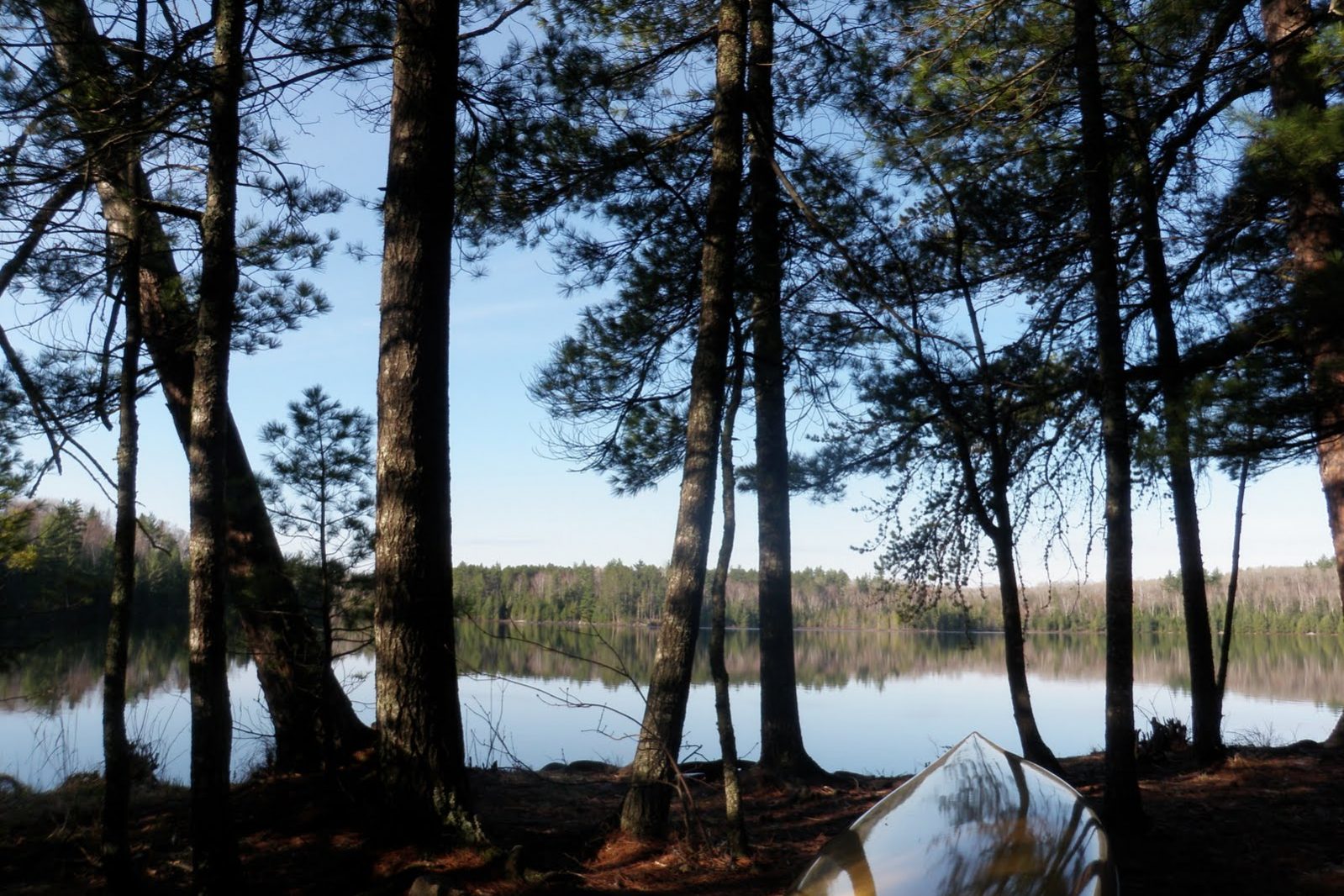 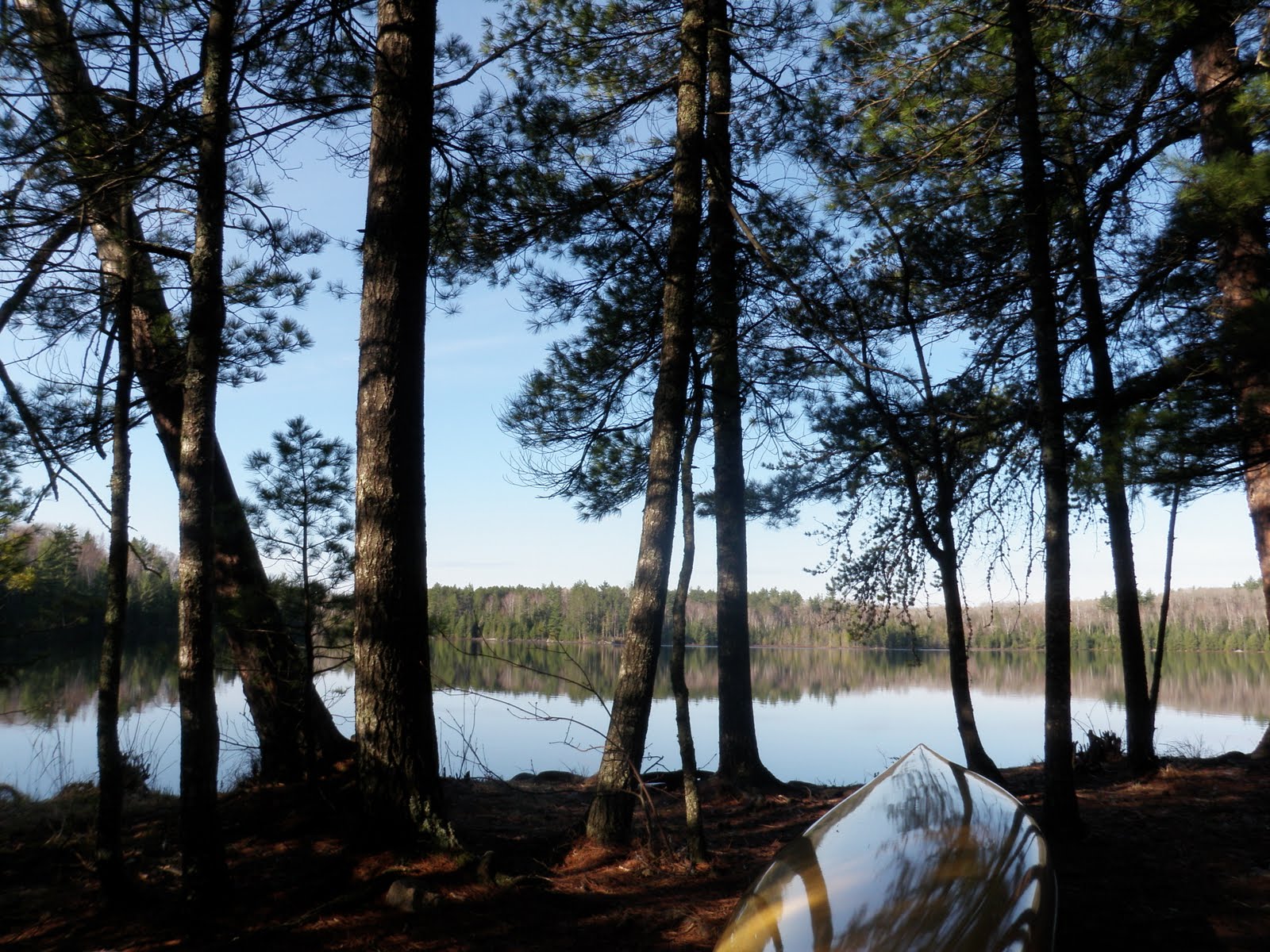 I enjoyed a five-day early May solo canoe trip this past week. The temperatures stayed pleasantly warm, even hot during the middle of the days (especially with my wool pants!). The Little Indian Sioux River flowed calmly north. After a few portages through Pawness Lakes, Shell and Little Shell, I enjoyed dinner on Lynx Lake, and portaged on over to Ruby to stay the night, arriving right at sundown. 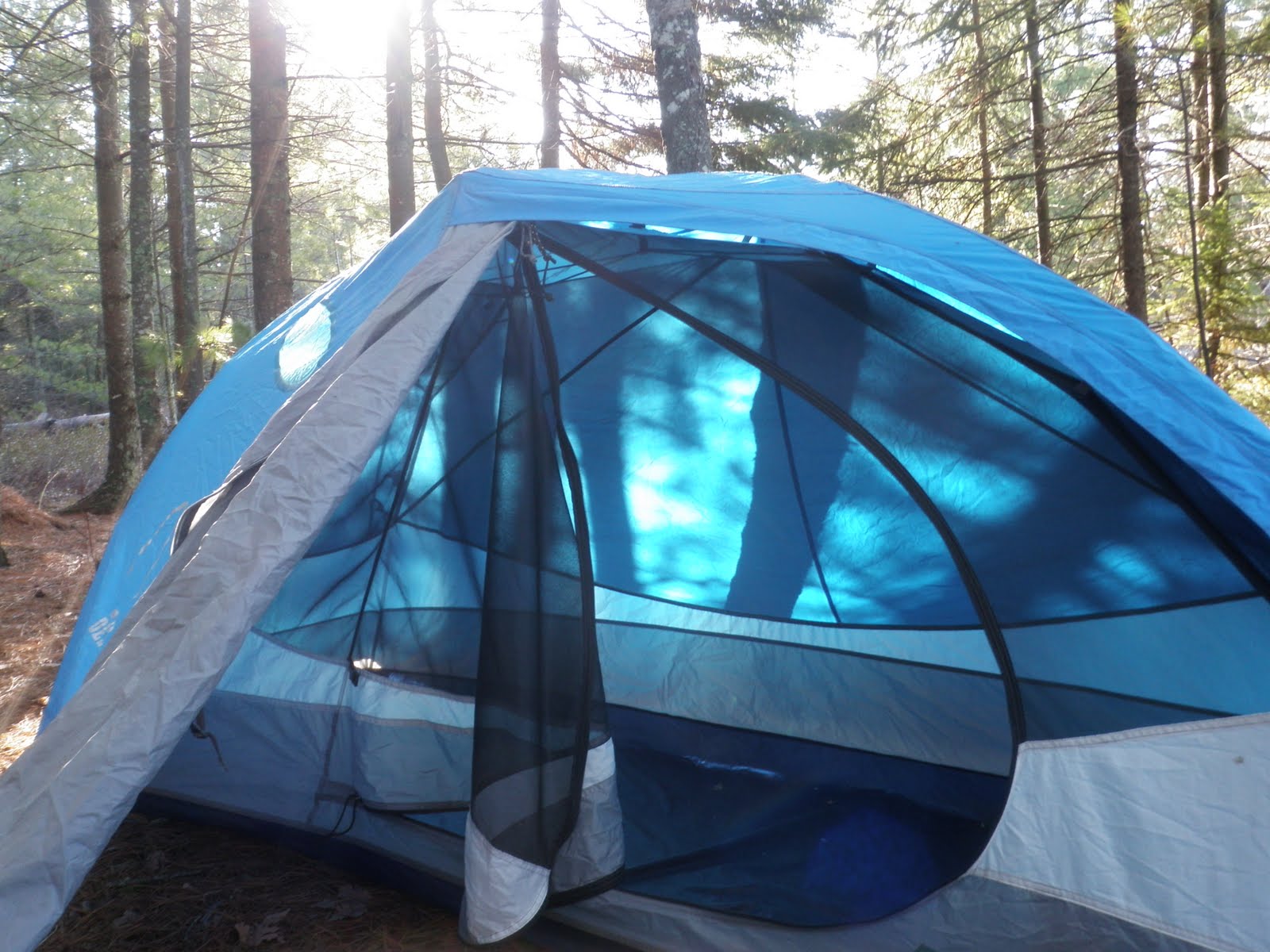 Having seen a forecast of rain, I was pleased to find Day Two dawn sunny. On the mile-long portage from Hustler to Oyster, I spied lots of wolf traces, mostly scat. Clearly the wolves have been active up and down this trail all winter. Some people are surprised to realize that many wild animals use human trails. In fact, it’s often the other way around for many paths. Animals are in the woods full-time and naturally pad around on easier paths, and so the humans traveling an area will often unknowingly track the same path kept open by deers, wolves, and moose. 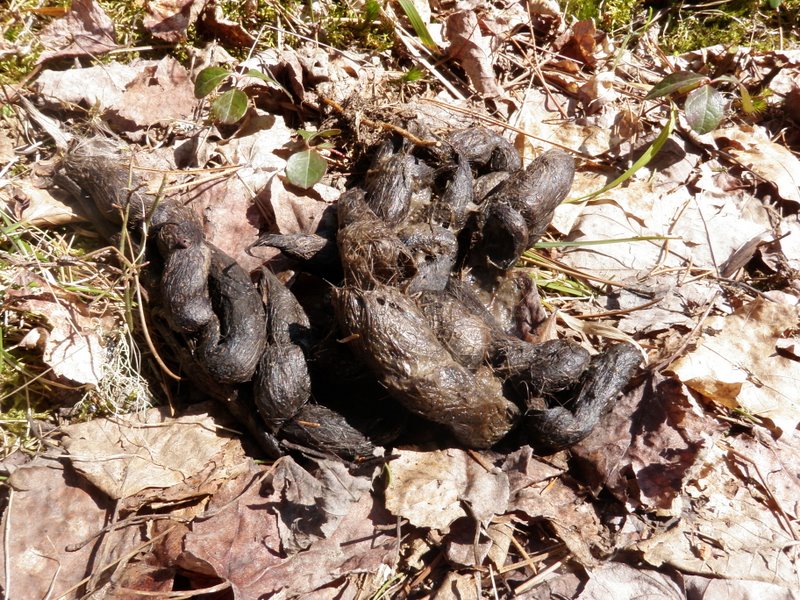 I traveled past the newly-green grass along the Oyster River, and over to Agnes Lake, seeing lots of moose scat and tracks on the portage. Then it was up to Lac La Croix, where I camped across from Warrior Hill, a historical location where young native men ran to the top as a rite of passage. Clouds were moving in from the west as I went to bed.
Day Three dawned sunny again, despite the previous night’s clouds and more rainy forecasts. My route took me across Iron Lake and past Curtain Falls onto Crooked Lake. The waterfall here is one of the most picturesque in the Boundary Waters, and it was brimming this spring.

The winds stayed unusually calm while I paddled along the largest part of the lake, past Sunday Bay and Saturday Bay. With the long vistas of this sizable lake, it is unusual not to see another canoe. Yet no one else was around — I had the lake all to myself. I paddled into a head wind on Friday Bay and camped on a nice site on small Chippewa Lake.
Day Four I woke to raindrops on the tent, but fortunately the rain held off actually falling until the afternoon. On Niki Lake, before the first portage of the morning, I saw a large north-facing wall of white, which looked like a small greenhouse set up in the middle of the wilderness. It was so large, I couldn’t believe it was actually icy snow. But indeed, as I got closer, I saw water running next to it, and saw it dripping as it slowly melted. I found it amazing that such a large bit of ice lasts well into the spring. 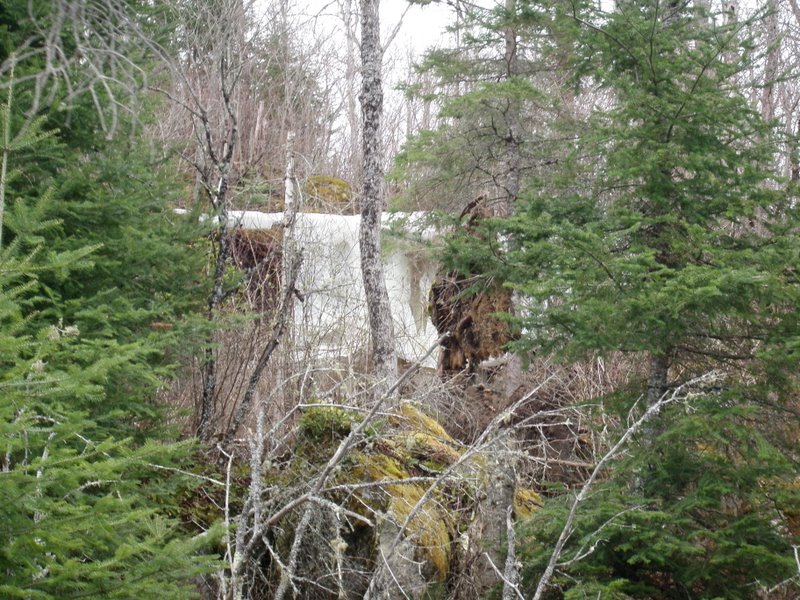 By mid-afternoon and a long portage, a fairly strong head wind had picked up, along with some precipitation. After skirting the shores, I decided not to fight it and instead waited it out at a protected spot on a campsite where I could keep an eye on the wind. I relaxed the whole evening there, and enjoyed some fresh-popped popcorn (a welcome, warm diversion on a rainy day!).
My last day, I headed out early in anticipation of wind. Several hours, and a few lakes and (challenging!) portages later, I landed on Mudro Lake and was back to my parked car before I knew it. 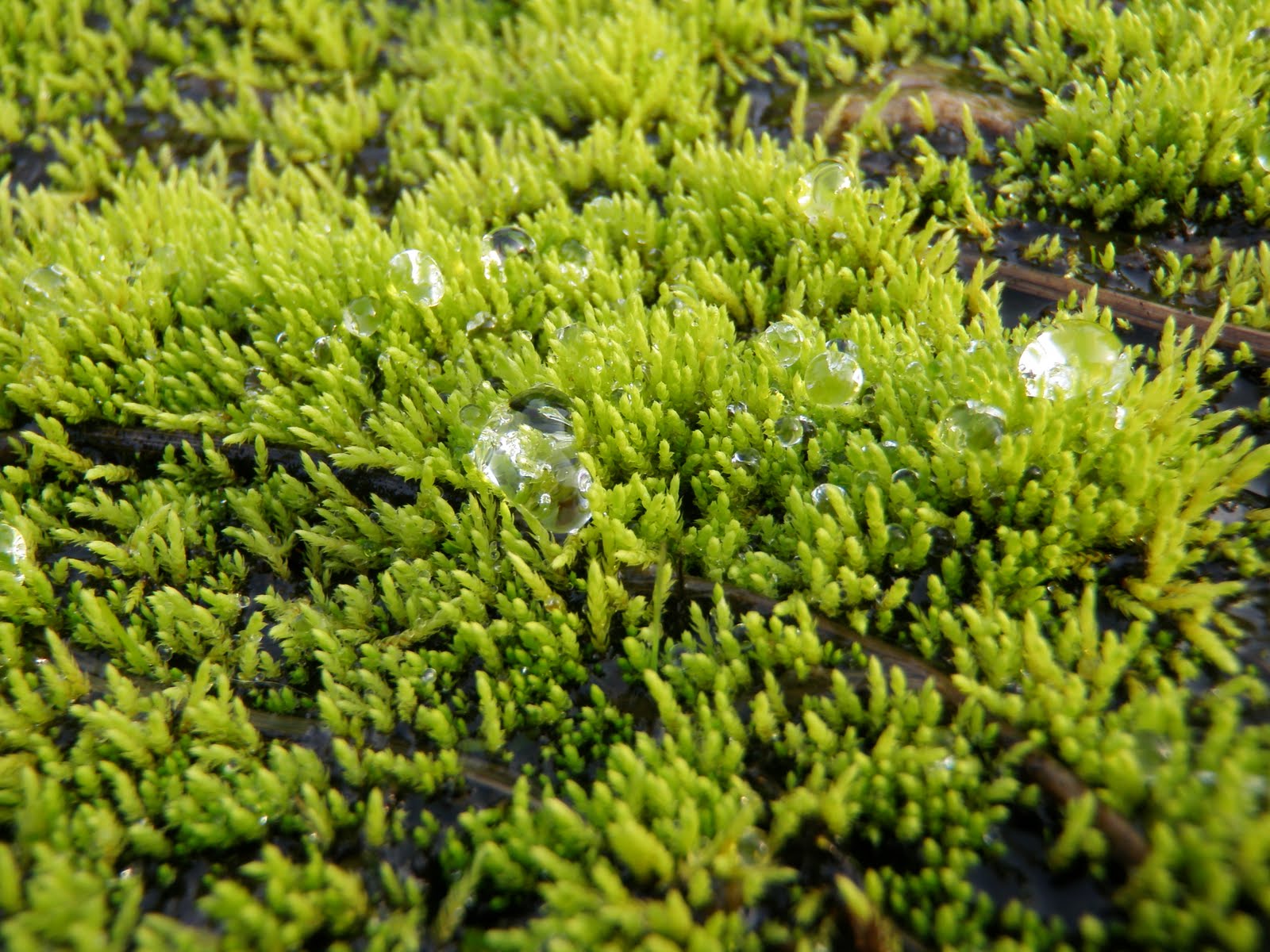 One of the most interesting aspects of this trip was using a SPOT (Satellite Personal Tracker). This easy little device allowed me to send an “OK” message to friends and family. It is a device without a screen and just four buttons. I simply turned it on and pressed the “OK” button, which then beamed a message with my latitude and longitude coordinates as well as my pre-recorded message to those on my contact list (and our Ely Outfitting Company Facebook page). This way, anyone could follow where I was located, and see what route I had been on so far. The SPOT offers two other two buttons for emergencies of different levels. The beauty of the SPOT is for the person in the woods, since the device is a fairly unobtrusive way to let folks know that you’re ok and see where you are.
During those five days, I saw many loons, spooked many ducks and mergansers, and had a number of bald eagles watching over me. I saw a total of six other people over my five days, and according to Google earth, where my brother tracked my SPOT points, I traveled approximately 50 miles. I saw grass becoming greener and leaves as they started to bud out. For a solo trip in May, it proved to be ideal conditions in the woods.
May 17, 2011
Search Our Site
Go to Top