The Face of 40 Below 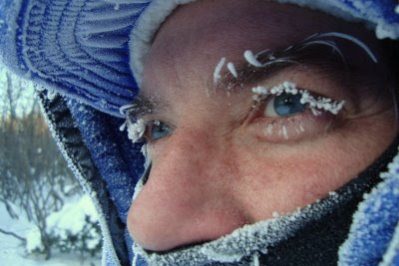 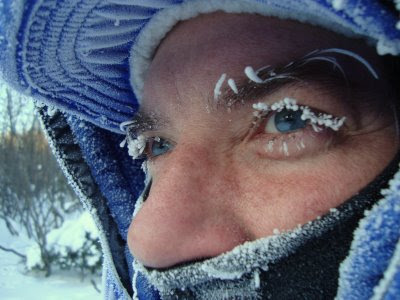 Tim, from Kentucky, is on a dogsled trip this week. He helped with feeding and caring for the dogs this morning, during the coldest part of the day.

It took less than 15 minutes for his eyebrows and eyelashes to freeze up in temps south (not South Beach warm ‘south,’ but lower down on the mercury thermometer ‘south’) of 40 below F.

The official thermometer at the Ely airport quit working at -39 F, during the night. The temps bottomed out several hours later. Local low temp reports ranged from -43 to -49 degrees Fahrenheit.