A Win for Wild Horizons in the Wilderness 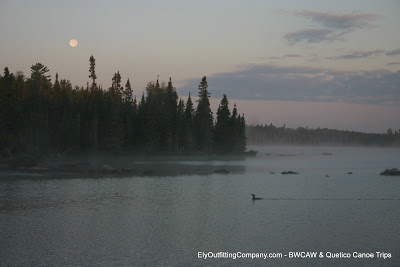 When AT&T decided to build an exceptionally tall 450′ cell tower at the top of a high ridge bordering the BWCAW, the nonprofit advocacy organization Friends of the Boundary Waters took action.  For the most part, BWCAW horizons are unimpaired by signs of civilization.  The Friends want to keep it that way.  The new tower’s flashing red light would be visible from many lakes deep in the Wilderness. The Friends attempted to persuade AT&T to build two shorter, and more typical, 199′ cell towers that would provide coverage for the residences outside of the BWCAW without significantly impairing Boundary Waters viewscapes.

When AT&T failed to respond to the Friends’ request, the Friends filed suit in Minnesota State Court claiming violation of Minnesota environmental laws.

We’re happy to have supported the Friends in this effort to preserve the special wild horizons of the spectacular Boundary Waters.  We’re also proud to have served a small role in the lawsuit process. In January, I guided the expert surveyor on the case by dogsled to remote parts of the BWCAW.  We traveled over frozen (and at times slush-covered) lakes and snow-covered portages to obtain special survey readings to present as evidence at trial.

The case went to trial this late spring and the judge recently made his ruling.  The decision is a clear win for the Friends and the importance of wild horizons in the BWCAW.  The ruling expressly prohibits the 450′ tower.

The Judge’s decision is worth the read, making a strong argument for the special value of wilderness. You can download the ruling (large 6 MB file) and read it for yourself.

The judge concludes that a 199-foot, unlighted tower, which he explicitly allowed in his ruling, would serve all the same residences outside of the BWCAW.

The judge also discussed the significant impact the proposed tower would have had:

“The scenic views and vistas from within the BWCAW are rare, unique, endangered and of great historical significance. This factor weighs very strongly against construction of the Proposed Tower.”

You can support the Friends of the Boundary Waters and their efforts to protect our beloved part of the world by becoming a member and donating money.  Without this important advocacy group, no other organization exists to effectively speak up for the Wilderness and the importance of preserving its wild character.  Many challenges still face the Wilderness, including the threat of water
pollution from new sulfide mining proposals at the edge of the Boundary
Waters, and the Friends are the foremost watchdog providing good information and advocacy on these issues.

This photo was snapped recently by Ely Outfitting Company guests Nate and Linda Ferris on Quadga Lake in the BWCA.  What a shame if such sunset views were impaired by a glaring red flashing light.  Thankfully, committed professionals are working to protect these viewscapes.